ijjnews.com, October 31 -- At 9:00 this morning, the Title Sponsorship Cooperation Signing Ceremony of the KELME 2018 AUSF Asia Football Cup and the news conference for the official release of trophies and medals was held in Jinjiang. At the conference, the trophies and medals for the KELME 2018 AUSF Asia Football Cup were made public. 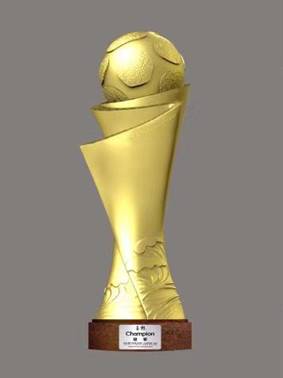 With a graceful and rhythmical style, the championship trophy embodies artistic touch and vitality. Its torch-shaped body stands for the flame of sports and a pioneering spirit, and also echoes with the southern Fujian spirit of "No pain, no gains". The trophy features a pattern of the Great Wall, which symbolizes China, while the patterns of ribbon and sea waves mean the Belt and Road. Lacquering technology of Fujian is used to produce its base. The colors of Fujian's grey-white granite and bright red narrow brick are combined with traditional Chinese patterns to show the unique regional culture of southern Fujian. Its football-shaped top part features the logo of the competition in a three-dimensional manner, while integrated with "sculpture mark", an artistic expression method in sculpture. As a symbol of honor, the trophy is also an artistic work full of cultural contents. 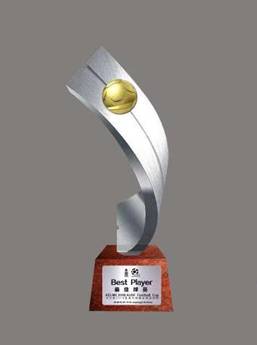 The single trophy features an international, minimalist artistic expression method. Its main body looks like a sail, symbolizing sailing and expressing the essence of Maritime Silk Road culture. Its main streamlines remind you the image of football athletes and pass on sports culture and spirit. 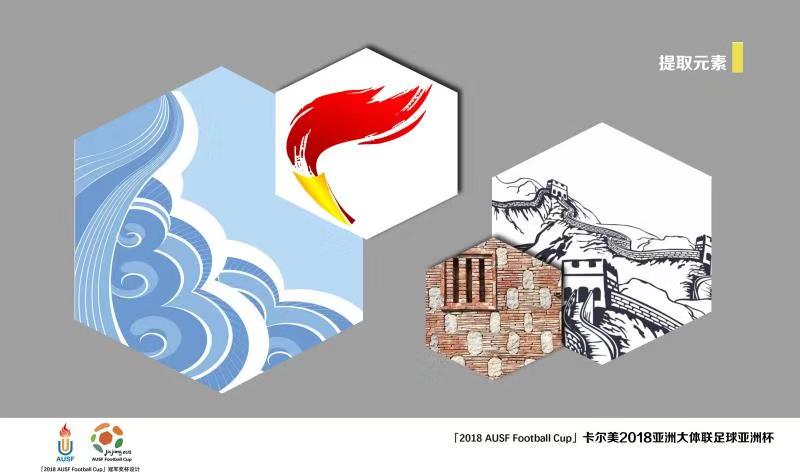 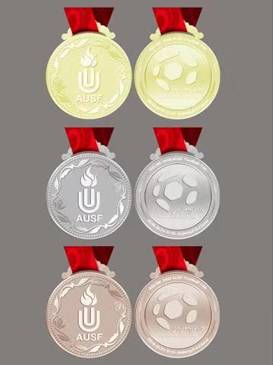 Zhang Xiao, Design Director of Quanzhou Yangming Sculpture Technology Co., Ltd., is the chief-designer of the trophies and medals. Graduated from Luxun Academy of Fine Arts, he had studied in France, Japan, Taiwan, and other parts of the world, and won many international design accolades. He excels in combining artistic expression with modelling design.