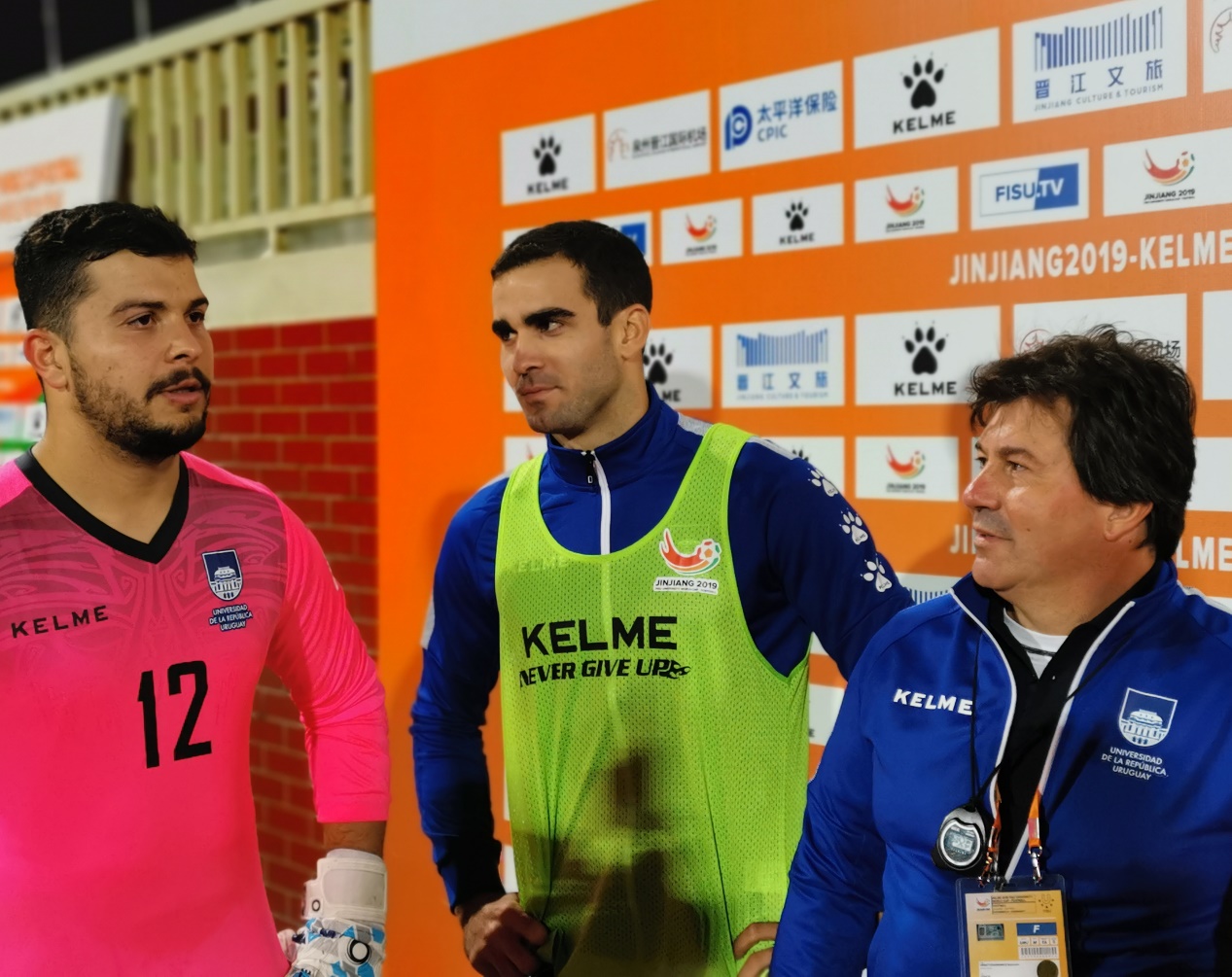 After the match, Santiago Palomeque, who scored the second goal, said, "The second goal was scored with joint efforts, and it is impossible to have the chance of one-on-one without their excellent defense. We are very happy to win the match."

On November 29, the team of University of the Republic (Uruguay) will compete with Myongji University (Korea), which beat Bangkok Thonburi University (Thailand) in penalty shootout. (Publicity Department of the Organizing Committee)