We felt excited from the bottom of our hearts, so we didn't feel tired 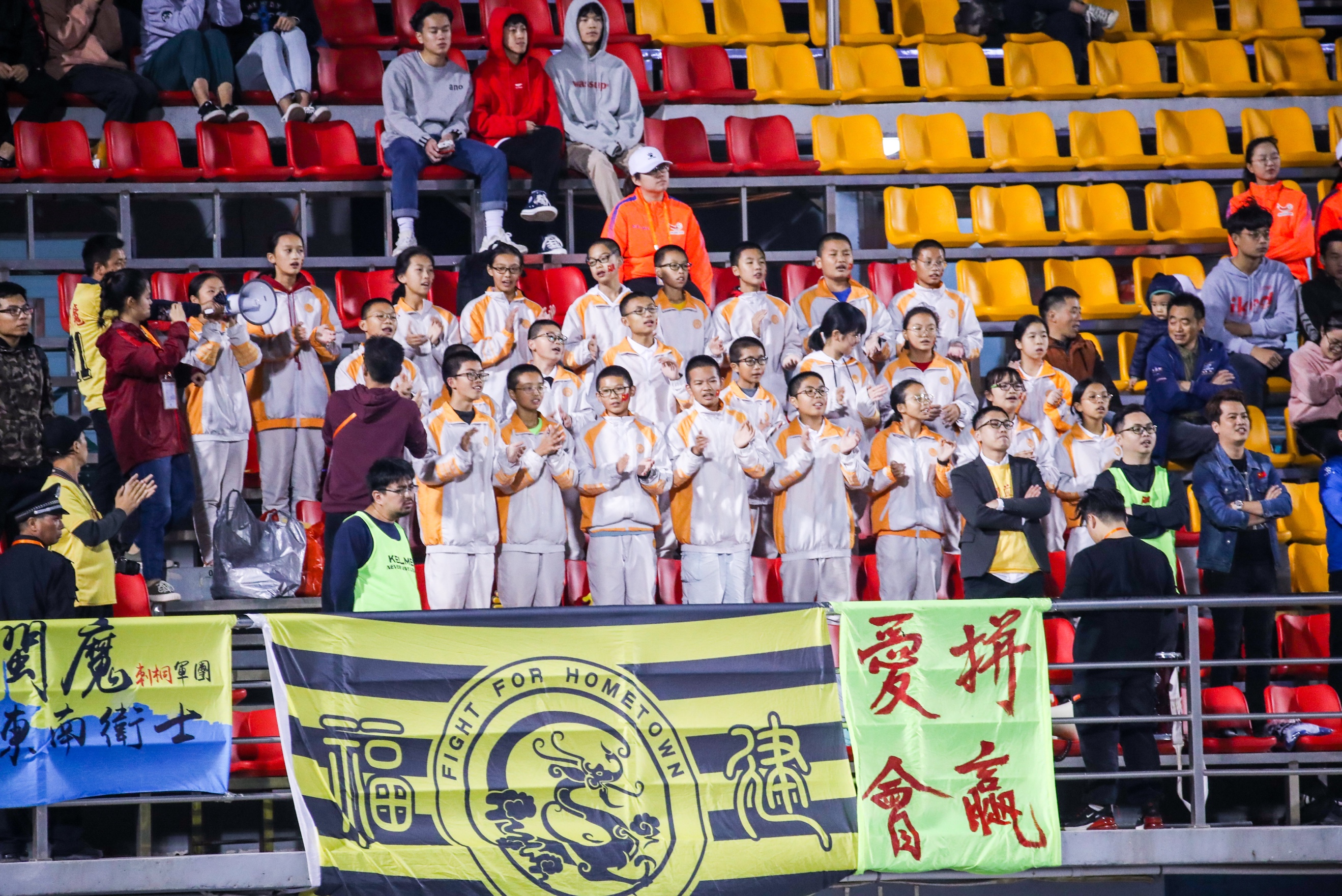 "Come on, Beijing Normal University", "You will win, Chinese team" …

Zhang Qudong, head teacher of the class and leader of the cheerleading activity, said that these kids are the first grade students studying at Quanzhou middle school affiliated to Beijing Normal University. As the team from Beijing Normal University is one of the two women's teams representing China to participate in the KELME 2019 FISU World Cup-Football, the school had arranged teachers to lead students to come to watch all matches of the team.

Zhang said that the students were very excited to have the opportunity to participate in this activity. Due to some restrictions, only more than 20 students came to the venue. "Otherwise, I really want to bring the whole class and all the grade one students or the students who are interested in football to the venue, so that they can feel the atmosphere of this international competition."

As a football fan, Zhang analyzed the match on the spot, saying "As the Beijing Normal University team has already scored 2 goals within six or seven minutes since the match began, the team will win the match for sure!"

Sure enough, Beijing Normal University (China) beat the University of Lausanne (Switzerland) 17-0 and came in second in the group match to be qualified for the semi-finals of the KELME 2019 FISU World Cup-Football.

Li Yinxi said that she was proud of the Chinese team's victory and said that she "should follow the example of these senior students of Beijing Normal University".

Zhang Qudong also said that their school began to offer football lessons at few years ago and has hired professional teachers to instruct the students. At the same time, the school has also organized football teams which achieved good results in matches held in Quanzhou City and Fengze District of Quanzhou City. (Publicity Department of the Organizing Committee)