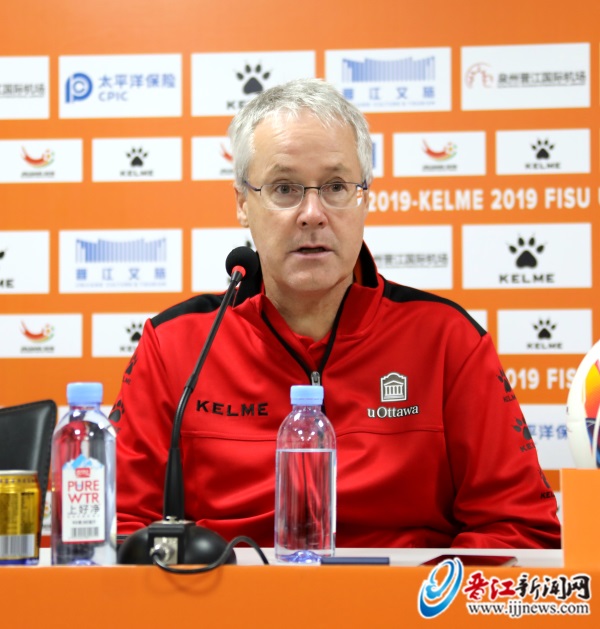 At the press conference held after the match, Johnson Steven, coach of University of Ottawa said that they were passive in the first half, but players withstood the pressure and won the match. "In the first 15 minutes, the team of Beijing Normal University put a lot of pressure on us and the team was very happy to win. Defeating the powerful team of Beijing Normal University has enhanced our confidence in winning the final." 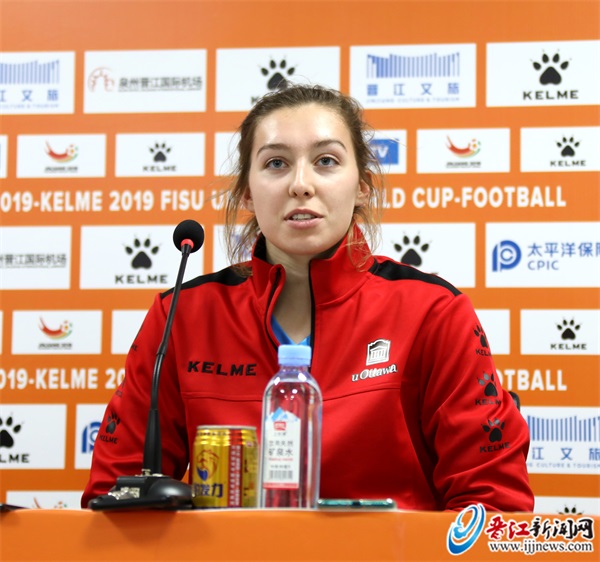 Shore Margot Annie Cavazzoni pounced at the ball in penalty shootout, contributing greatly to the team's victory. She shared her skills of pouncing, "I watched closely at the body movement of the rival's player, including her body's inclination and swing direction of hands, legs and hips, and then I chose the right direction of pouncing. I was very excited at the moment when I pounced at the ball."

The KELME 2019 FISU University World Cup-Football is not only an international sports event, but also a journey of cultural exchanges. Jinjiang has arranged a series of colorful cultural exchange and experience programs, all well received among college players from across the world. After reviewing the match, Johnson Steven talked about the activities that impressed him deeply, "Jinjiang's cultural exchange and experience programs are loved by players. Especially, we visited Wudianshi the other day, where we were impressed by the traditional culture of southern Fujian and China. The distinctive traditional buildings, wonderful performance, and vivid puppet show gave us a whole new experience that cannot be found in the west."

"Except the cultural exchange and experience activities, Jinjiang has done well in all aspects of event organization, transportation, accommodation, training facilities and venues. Those considerate services show the hard efforts of Jinjiang."