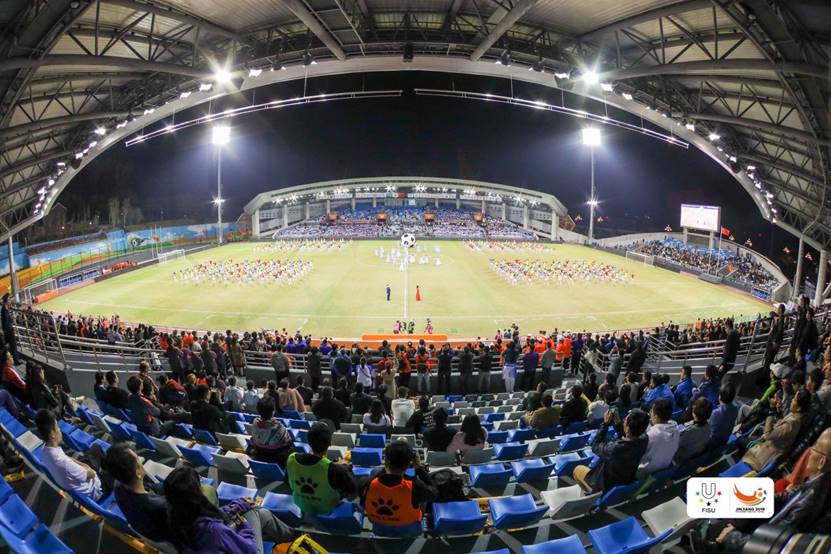 On the evening of December 1, the closing ceremony of the KELME 2019 FISU University World Cup-Football was held at the football pitch of the Jinjiang Football Park. In the final of the men's group, the University of the Republic (Uruguay) carried away the palm with a 2-1 victory over the University of Wollongong (Australia). With 8 football fields, 11 match days and 62 competitions, Jinjiang offers a perfect competition and communication platform for 24 teams around the world, providing a wonderful football feast for worldwide fans.

24 excellent football teams from universities of different continents gathered in Jinjiang to compete for the highest honor of college football. In the men's group competitions, the four teams ranking first in each group were all defeated in the quarter finals, including the champion of the preliminary competition in Asia, the ever-victorious Bangkok Thonburi University (Thailand) in three group matches, and Paulista University (Brazil), the most promising winner, showing the strength of the top eight teams vividly. In the final, one is the biggest "dark horse" of the tournament, the University of the Republic (Uruguay) which ranked fifth in the American region preliminary competition, and the other is the University of Wollongong (Australia), champion of the preliminary competition in Oceania. The two teams drew in regular time. In the second half of the overtime, the University of the Republic got a penalty, and Santiago PALOMEQUE scored the winning goal, helping them win the championship. 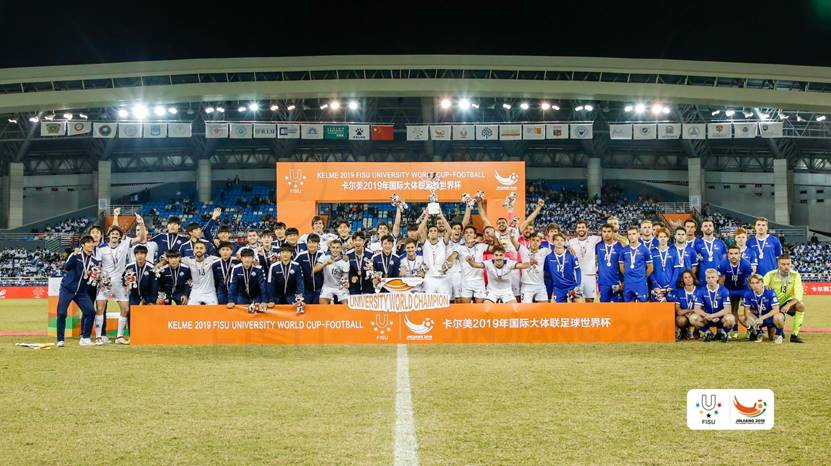 In terms of women's group, at the beginning of the final, Paulista University, who played triumphantly and scored 26 goals so far in the tournament, was at a disadvantage, while the header made by Mikayla MORTON helped the University of Ottawa playing against Paulista University lead from the second minutes to the end. The coach the University of Ottawa joked: "We attacked for two minutes but defended for 88 minutes." Beijing Normal University representing China in the tournament lost the penalty in the match for the third and fourth places of the tournament to the College of Asian Scholars (Thailand), but the fourth place was best result of the Chinese team in this competition.

In 2007, Jinjiang was designated as the national sports industry base by the General Administration of Sports of China, and Jinjiang also put forward the goal of building "the first sports city in China". The holding of many world-class events provides opportunities for the sports development in Jinjiang, and also serves as a window to show the city to the world, facilitating the exchanges of the city’s traditional culture.

At the beginning of the event, the famous football star Juan Sebastian Veron was invited by the Organizing Committee to visit Jinjiang. After the group matches, the football teams were invited to visit the famous scenic spots such as Jinjiang's Wudianshi traditional blocks, Quanzhou's Qingyuan Mountain, etc. and participate in cultural experience activities involving calligraphy, paper-cutting and sand painting. What Jinjiang intends to show is not only the charm of a "sports city", but also the profound Minnan culture (the culture in southern Fujian) and Chinese culture.

Many players spoke highly of Jinjiang. From sports infrastructure to sports brands, from local customs to material heritage, in just half a month, Jinjiang has left a deep impression and precious memory on the youth forces around the world. Kang Tao, Party chief of the CPC Quanzhou Municipal Committee, said in his speech at the closing ceremony that the joy of sports should be shared and the charm of the city along the maritime silk road should be felt through this event. Oleg Matytsin, President of FISU said at the closing ceremony that a global community of university students should be built to bring these students together. It is the football that gathers university students from all over the world together in Jinjiang, but the energy they gather is far beyond the sport. The appeal made by football, youth and Jinjiang combined will have a long-term impact on the development of university sports and cultural exchanges at home and abroad. 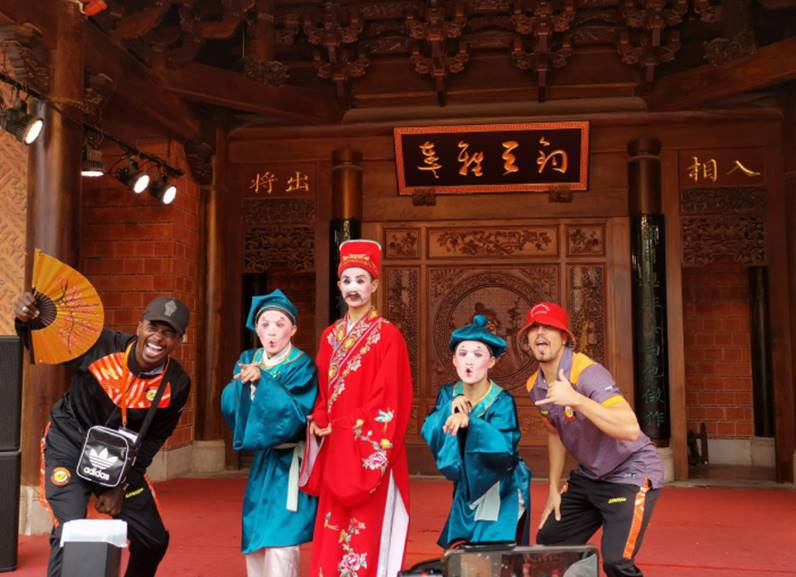 Chinese football players are worth looking forward to

Whether cramped or injured, the players kept fighting unreservedly to the last moment. The unfavorable situations on the field and unsatisfactory results showed that the ability to seize the opportunity has become the common problem faced Chinese college football teams. We should pay attention to the low intensity of training and lack of matches in campus football when we look for the reasons to lose on the field. Many team coaches and players have said that in the first FISU University World Cup-Football, what’s more important for the Chinese football teams is to learn and communicate with others, finding out the deficiencies in the process of fighting against the world's strong teams and meanwhile improving skills in the competition.

In the future, more FISU University World Cup-Football and AUSF Football Cup will be held in Jinjiang. Besides, the CUFL and campus football are advancing in trial-and-error. Two years later, what kind of surprises will Jinjiang bring to us? whether the Chinese teams can make new breakthroughs? Let's look forward to it.